”Suppose there had been no Adam Smith. Ultimately the final stage would certainly have been the Objective Economics of Verne Atrill.” 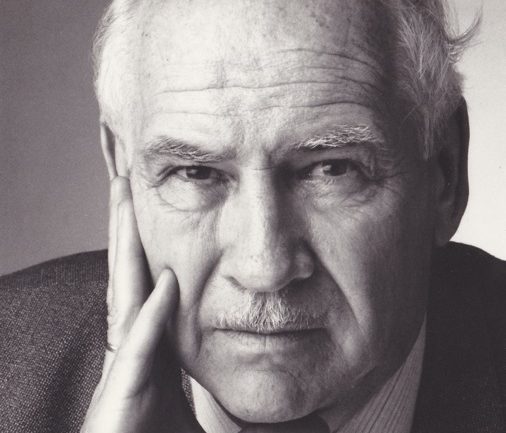 SAC was founded in 1978 as an economic research institute by physicist and economist, Dr. Verne Atrill.

Dr. Atrill questioned whether there were natural mathematical and physical laws that would govern how companies (and governments) survive, thrive, and die.

He sought his answer in the balance sheet, and spent 26 years developing what is today the Structural Valuation Analysis (SVA™) methodology.

Focused on how prices are formed within the stock market, SVA represents a remarkable breakthrough in the economics field and has a proven track record of consistently identifying overvalued and undervalued stocks. 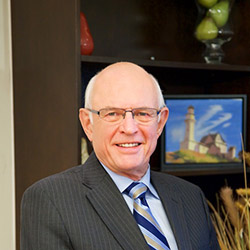 Ross Healy began his investment industry career more than four decades ago as a securities analyst for Midland Osler Securities. He was also co-founder of Sceptre Investment council, a leading Canadian money manager.

Ross went on to become Director of Research at Merrill Lynch Canada, and during this time provided support to Dr. Verne Atrill, the late theorist who decoded the mathematics underlying the Theory of Accounting Dynamics upon which the Strategic Analysis Corporation methodology is based.

When Merrill Lynch ceased its Canadian business operations, he joined SAC as Chairman and CEO.

He also served on the Financial Disclosure Advisory Board of the Ontario Securities Commission from 1983 to 1989, chairing the Investment Committee, and was a member of the Executive Committee of Trinity College, University of Toronto.

Healy continues to contribute investment analysis to print, radio, and television media, and appears regularly on BNN and CBC. 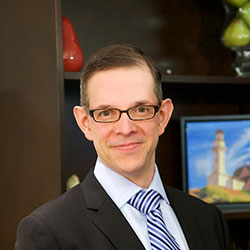 Head of Strategic Analysis Corporation, Chris Healy has 20 years of experience as a financial analyst, entrepreneur and consultant. Chris is a graduate of the University of Toronto’s Data Analytics and Carbon Finance programs, holds an MBA from the IESE Business School in Barcelona, and completed a B.Sc. at the University of Guelph.

He is an expert in quantitative modelling and financial simulation, and has worked extensively with the SVA methodology since 1989, training directly under Dr. Verne Atrill.

As a management consultant, Chris has been active in developing a number of early-stage businesses, combining his science and business backgrounds to grow a diverse range of companies. He has also been involved in the non-profit sector in a variety of roles, from program manager to Board member. 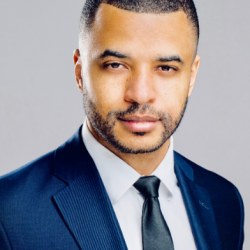 An honours graduate from Trent University, Gilbert majored in Philosophy and Psychology before completing his JD at Osgoode Hall Law School. Prior to joining Strategic Analysis Corporation, he worked at a number of boutique law firms in downtown Toronto.

Gilbert is responsible for macro-economic and equity research as well as producing market commentaries and equity analysis reports. He specializes in technical chart analysis and broader trends in market sentiment.

Back in 1993, our firm became a subscriber of Strategic Analysis Corporation. Since then there have been many market ups and downs but SAC has been up to the task of predicting and guiding us through these turbulent times. I am very dependent on SAC for stock “buy and sell” recommendations especially “sell” points on many securities. My clients and I are much wealthier for taking their advice.

“The advice and analysis standards of SAC has not wavered over 11 years and their accessibility for discussion and problem-solving are exemplary.”

“For more than a decade, I have benefitted from the independent and valuable opinion provided by SAC’s research approach and would highly recommend SAC to others.”

“I continue to find SAC’s forthrightness on the market a refreshing change to the majority of other analysts out there.”

“I have enjoyed listening to Ross’ investment advice and I am struck by his skill at making money (and not losing it).”

“Your service is great. Your standard should be every other business’s goal”

“SAC has demonstrated an uncanny ability to make the right calls, and limit the damage on the wrong calls.”